The Making of Clint 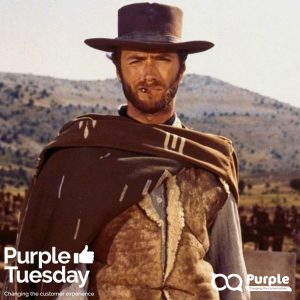 The Making of Clint

Ennio Morricone. The maestro. Haven’t heard of him. Neither had I until last week when his death was announced. He produced the music score for the film which made Clint Eastwood famous, The Good, the Bad and the Ugly. Even though it was made in 1966 I bet you know the music. If not, you can listen to it here and will agree it is much more rememberable than the actual film.

The good. Over the last seven days there have been some really good things which have happened. My son, who is seven, has thrived in home schooling during lockdown (all credit goes to Kristine and his teacher, not me). His end of term report says how far he has come since the February parents evening. In part this is due to the focused support he has received. But also, the use of interactive learning on tablets which have utterly transformed his times table knowledge, fractions and multiplication skills. In English he has really enjoyed the topics and has been happy to write about his lockdown experiences – supported by virtual access to his friends and teachers through Teams. This blended method of learning works for him and I hope will continue to be used at school when he returns in September.

I am also privileged to be a trustee of the CareTech Foundation, which supports projects transforming  the care sector, with a real focus on enabling beneficiaries of care to use their experiences and skills for those in the sector. The projects which have and are being funded are really making a difference, which is brilliant to see.

The Bad. For the first time in four months I drove on the M25 and M1 as my car adaptations (the electric steering system) desperately needed a service. It is a bespoke system, which means the only company that can complete the service is a 3-hour drive. It felt as if I had re-entered the rat race after lockdown and with the roads busy and there was a sense the last 4 months had simply evaporated. In the service stations there was little sign of social distancing and our collective resolve was dissolving right in front of my eyes. With 43,000 people having died and the number still rising we owe it to them to do better than that.

And the ugly. Perhaps ugly is too strong a word but definitely underwhelmed. After 17 weeks I finally had a haircut and beard trim. For those who have watched the Purple videos during lockdown I evolved from Mike Adams to David Bellamy through to Uncle Albert from Only Fools and Horses. During the war… (for the uninitiated, it was one of his most common starting sentences!). I thought I would feel liberated. Clean again. Smart. But actually, it was a symbol for the past few weeks which have been totally unprecedented, and I hope never repeated again in my lifetime. In a strange kind of way, I will miss my bouffant and wild appearance. The pictures will remain in my lockdown memory box, but the videos on YouTube!

I am not a film buff but I will make a point of watching Clint in action and paying special attention to the maestro that was Morricone.