My Purple Tuesday experience began with a bang back in November 2018, one week after starting at Purple.  I was told at interview, a mere 5 weeks before, that Purple Tuesday was a pilot initiative that aimed to engage with 50 retail organisations. However, by the time I walked through Purple’s doors to take up my new position, over 750 organisations were signed up to get involved!  To say I began my Purple journey in the middle of a whirlwind is an understatement.

Standing at Piccadilly Circus on November 13th 2018, watching the Piccadilly Lights display our Purple Tuesday messaging was pretty incredible and to later see that #PurpleTuesday was trending at #4 on Twitter was the moment I realised that something momentous was happening and that I was proud to be part of it.

Fast forward 12 months and we have successfully delivered Purple Tuesday 2019. Like last year, my expectations were hugely exceeded.  We wanted to double the number of participating organisations but achieved an eye watering 355% increase. We also engaged with businesses across many different sectors of various sizes and established a footprint across continental Europe!

Disability is a value proposition for any business, anywhere and Purple Tuesday connects this message.

Personally, I was immensely proud of myself and my own achievements on the day.

9pm Monday 11th November I picked up the phone to our PR company to be informed that I was needed at the BBC studios in London the next morning to give 10 live radio interviews about Purple Tuesday.  Panic struck as I felt like a fish out of water! I had no time to panic, I just needed to get on with the task at hand!

I arrived at BBC studios feeling nervous but somewhat excited. I was ushered into a small booth, headphones placed on my ears, then I heard the kind words from the producer “Charlene, are you ready?  I am connecting you to BBC Jersey and host Jenny will introduce you – good luck” Queue intro music! Six minutes later my heart started beating again as I had just completed my first live interview. I didn’t have long to bask in my own glory, I had exactly 3 minutes before I was transported to my next interview in Berkshire, then Cornwall, Nottingham, Somerset and I hadn’t moved from my seat.  I soon realised that the notes I had made the evening before served me little on the day.  Each station had different questions, different styles and different opinions about Purple Tuesday which kept me on my toes.  When I said goodbye to Naomi in Leicester, my live radio experience had come to an end.  I walked away from the studio with my head held high, and a huge smile on my face. Would I do it again?  In a heartbeat – now that I know what to expect.

I also had the pleasure of attending an event hosted by Surrey Quays Shopping Centre, where multiple disability organisations were raising awareness of various disabilities to visitors and local businesses. This was truly remarkable to see a whole community come together for an important common interest. The absolute pinnacle was watching children from Redriff Primary School in Southwark singing and signing in Makaton ‘What a wonderful world’ by Louis Armstrong. My heart and eyes where swelling, not just because they were ‘wee toots’ (I am Northern Irish!) looking as cute as ever in their little school uniforms and oversized Purple Tuesday sashes, but because it emphasised to all the surrounding adults that children today understand inclusion and they embrace it.  Businesses need to understand this and future proof themselves for the inclusive driven employees of tomorrow.

As we move into 2020, I am excited to be supporting so many organisations to implement their 2019 Purple Tuesday commitments. Each commitment, no matter how small, will create more ‘wee toots’ moments.

To echo what my friends at Redriff Primary School said, on behalf of Purple, I would like to say, ‘Thank you’, to each and every participating organisation for supporting your disabled customers. 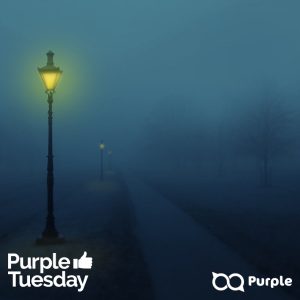 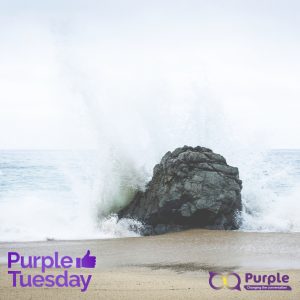 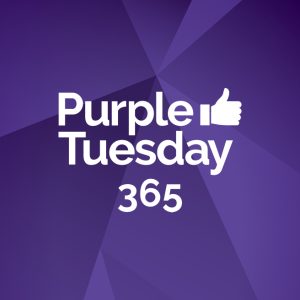 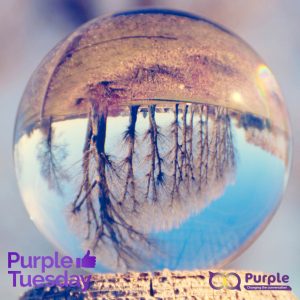 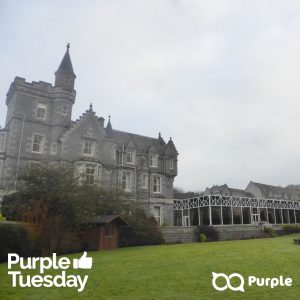