We use cookies to ensure that we give you the best experience on our website. If you continue to use this site we will assume that you are happy with it.OkRead more

The Representation of Disabled People: the power of film

Rewind a week and most avid film buffs would not have heard of The Silent Child.  This week you cannot pick up any press without people talking about it!  A film about a Deaf child has just won an Oscar for the Best Short Film (Live Action).  Suddenly the issue of disability has been catapulted into the limelight.

The film tells the story of Libby, a four year old, who is unable to communicate with the world until her social worker teaches her sign language.  As the film maker Rachel Shenton says: ‘the issue is not exaggerated or sensationalised for the movie.  This is happening and millions of children all over the world live in silence and face communication barriers and particularly access to education’.

I like the fact the film portrays Deafness in such a matter of fact way, without the need to make the character heroic or vulnerable.  Libby is Deaf.  Fact.  The issue is one of communication.  Sign language removes the barrier.  In all my years of working in the disability arena, Deaf people have talked about being a community and a culture.  One that is fully integrated and should be celebrated and not seen as a disadvantage.  The film delivers this strong narrative well.

I also like the fact the main actress, who is superb, is Deaf and not simply a non-Deaf actress. This is about showcasing disabled talent and the art of the possible.  In another Oscar category there was Daniel Day Lewis, who I remember delivering a brilliant performance in My Left Foot, many years ago.  However good, there was always the sense that it would have been even more powerful if the story had been told using a disabled actor.  In 2018 (or 2017 when the film was released) The Silent Child demonstrates that progress has been made.  But it is so much more than just a film.  As Shenton acknowledged, it is also about education, and equality of opportunity.

In the UK there are over 40,000 Deaf children who require reasonable adjustments to access the curriculum, and wider social environment, to attain their academic potential.  These children are the next generation and the ones who will make a step change in the conversation around disability.  Think of the impact of one individual having a high-profile role in the public, private or voluntary sector.  They can be the catalyst, our role model, for changing public perception and educating our society.  No pressure then!  Perhaps it is unfair to pick on one person, but if there were to be 200 or 300 the disability transformation would be rapid.

Two weeks ago, I met with a broadcaster to discuss becoming a member of Purple.  We discussed at length the need to reflect the composition of audience in the workforce and they shared their frustrations at an inability to attract disabled candidates.  Furthermore, they recognised their current employment statistics around disabled employees were heavily understated and we agreed some potential activities to encourage people to disclose.

A discussion about the representation of disabled people on screen ensued.  Apparently, the recent Malteser advert featuring a disabled woman talking about a boyfriend has been one of the most impactful adverts ever.  And so has the Paddy Power advert with the wheelchair user having his own seat at the football match.  The recent Dove and River Island adverts were two other examples that came up.  The reason for this shift is that it works, and sales of the products have gone up.  There has been a connection with the audience and disability has been seen as a market opportunity.

The portrayal of disabled people and disability can be really positive if positioned in a ‘normal’ context.  Reflecting everyday life for all parts of our society is what makes film so powerful.  Oscar night is rather less real!

If you have not seen The Silent Child, I would recommend it to you. 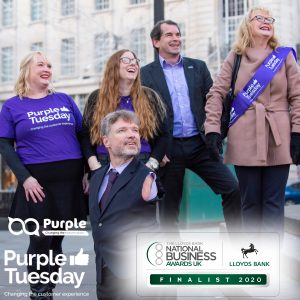 Getting used to Adam

Getting used to Adam   ‘Thank you, Adam. A really good presentation. And now if… 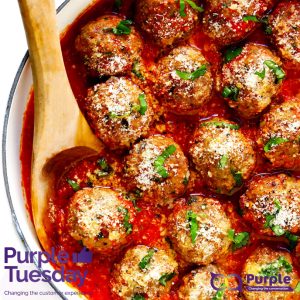 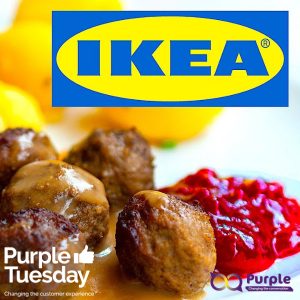 The Magic of Meatballs

It’s all about the R’s

It’s all about the R’s Resilience.  A few years ago, I was on the Board… 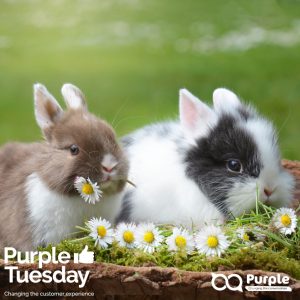 Mine’s a Mochi not Mocha

Mine’s a Mochi not Mocha It is no secret I am not an animal lover. …