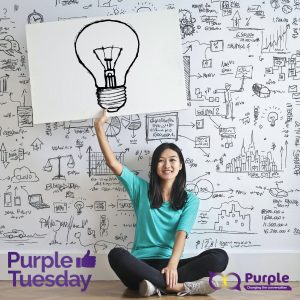 Sods Law.  We have all been caught.  By definition you never quite know when it is going to occur, apart from the fact it will be the most inconvenient time.  Response.  Either you rage against the machine or tip your hat to its cleverness with a broad, wry smile.  And if you have a Plan D you might even compute the situation into a hollow victory.

I was put to the Plan D test last week.  It is not often I have a ‘free’ day.  I am not moaning but I am busy.  Both at work and increasingly as a taxi driver for my two older children and apparently as a ‘soft play’ apparatus for the twins.  They find mountaineering over my tummy a challenge but fun!

Last Sunday we decided to get in early for Halloween rather than leave until the day before.  Quite ironic as almost certainly there will be no trick or treating this year.

Delighted with what we bought, we got back to the car for the short drive home as we were having a traditional roast lunch.  But the car would not start and up came ‘no key detected’.  All electronic fobs now so clearly the battery had gone.  Luckily, we were outside a DIY store so ten minutes later I had a new battery and following the car manual it was put in correctly.  Nothing.  The manual also said if this didn’t work then there was a likely problem with the electronic circuit board and to use the emergency key in the back of the fob.  After carefully unclipping the fob there was no key.  A serious question for Mr Ford Galaxy to answer!

So, to Plan D.  Very unlike me I actually knew where my spare car fob was located in the house.  A call to the kids Nanna and 20 minutes later she arrived with the fob – the benefit of having family nearby.  And just like that it started.  Everyone had remained calm, albeit a little hungry, and the reward was a Drive Thru lunch and watching a catch-up episode of Britain’s Got Talent.

During the afternoon I kept thinking about the ‘what if’s’.  What if we had been a long way from home.  What if I had been on my own.

That evening we went to pay some bills online.  It was quite odd as it appeared our account was in deficit.  And then I noticed some payments to what turned out to be offshore betting companies. The account had been cloned.  All cards were immediately frozen with no access to money for five days.  It is also good Nanna has credit cards to pay for the takeaway dinner treat we had planned for her that week.

I am very much in Plan D mode for Purple Tuesday at the moment.  Plan A is the new ideal world but between now and 3 November we could get through a lot of plans given the changing environment on a daily basis.  As a social media-based event now, there is a level of certainty.  No-one might be going past Piccadilly Lights on 3 November, but we can livestream the occasion and still top trend at #2 on Twitter.  The live interviews of Purple Tuesday Partners at Piccadilly Lights will become pre-recorded and will deliver the same message about the importance of the disabled customer experience.  The planned webinar showing best practice and top tips can still go ahead, not in London, but from Purple HQ in Chelmsford.  The magic of Zoom and Teams makes interaction and involvement a reality rather than ambition.

The unlocking of broadcast media opportunities will need to be considered.  Zig zagging across central London into different national broadcasters will not happen but if the story is good (which it is) we will get the airtime.

I am quite pleased I don’t have another ‘free’ day for a while.  The last one was expensive!